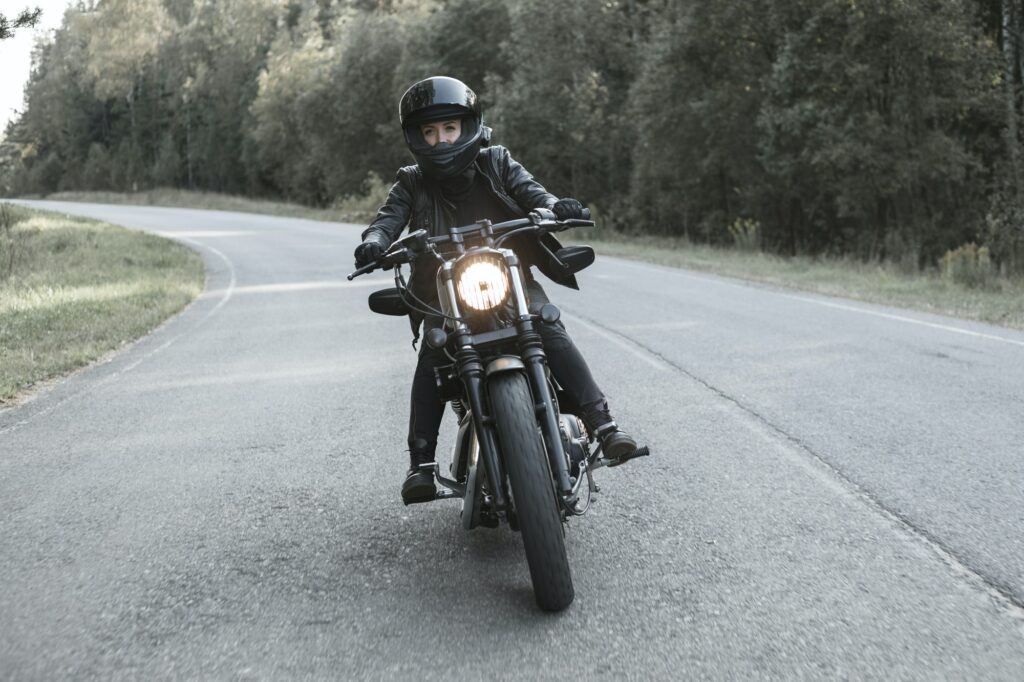 Results – When It Matters Most To You

There’s a reason ‘Motorcycles Are Everywhere’ bumper stickers actually seem to be everywhere. It’s because driving a motorcycle can be dangerous for even the most skilled rider. They’re often hit by negligent drivers who often claim they didn’t even see them.

Motorcycle crashes frequently involve severe and potentially life-threatening injuries. Therefore it’s crucial that you hire an experienced lawyer to file a lawsuit on your behalf; who will roll up his sleeves and do the hard work necessary to ensure that you get the best possible result.

Attorney Snow focuses on understanding you and your situation.  He spends the time to thoroughly review your case and will devote the financial resources – both man hours and money – necessary to properly litigate your injury claim.

You need a lawyer who knows the challenges ahead of you, is willing to go the extra mile, and will successfully deliver results when it matters most to you.

Because of his prior experience representing people injured in motorcycle accidents, Attorney Snow has developed working relationships with:

These recognized publications demonstrate the nature and extent of your injuries, and how long you will be forced to endure the effects of any injury, permanent partial disability, or permanency of injury.  Introducing this information into evidence enables jurors to determine the proper award of damages to which you are entitled to receive.

The Snow Law Firm has over 30 years of experience handling motorcycle crash claims and a proven history of achieving lucrative results for clients.  Unlike insurance companies that view your case as simply one of many claims, we realize that the outcome of your case has a direct impact on your financial livelihood.  Successfully representing you, is our only concern and we are committed to doing just that.

Attorney Snow was a member of the legal team that obtained the largest personal injury award in the history of Barnstable County – a multimillion-dollar jury verdict – and has since obtained many other high-value settlements on behalf of clients just like you.

NEW BEDFORD – A Bristol County jury empaneled to hear a civil negligence case has awarded $500,000.00 in damages to a New Bedford man who suffered injuries in a motorcycle accident four years ago.

The Plaintiff, Daniel Pounds, a civil engineer with the Massachusetts Highway Department, underwent multiple surgeries and was unable to return to work for more than two years, according to his attorney, Steven T. Snow of Mashpee.

The accident occurred in Fairhaven on August 8, 2006, when the defendant, Christopher Rosonina, was attempting to turn his vehicle left onto Huttleston Avenue from Weedon Road. Rosonina claimed he did not see Pounds because another vehicle obstructed his view of Route 6 as Pounds approached the intersection, Snow said Jurors heard arguments in “Daniels Pounds, et al. v. Christopher Rosonina, et al during a three-day trial this month in New Bedford Superior Court’s new civil session. The jury deliberated for more than three hours before finding that Rosonina, who was working as a delivery driver for Palace Pizza, was negligent and caused the accident.

The jury also found that Pounds was negligent, but that his negligence was not a substantial factor in causing his injuries. Pounds also named Fairhaven Brothers Inc, the entity that operates Palace Pizza in Fairhaven, as a defendant because the accident happened during Rosonina’s scope of employment.

There will be further litigation before Pounds’ claim is ultimately resolved, according to Snow.

“The jury, which consisted of six men and women, was extremely attentive and carefully considered all of the evidence admitted at trial before reaching their verdict,” Snow said. “My client is relieved that the trial is over and is satisfied with the jury’s award of compensatory damages.”

Attorney Snow has helped clients involved in motorcycle collisions who suffered injuries such as:

These injuries entitle you to compensation for medical expenses incurred, reasonably anticipated future medical expenses, lost wages, loss of earning capacity, physical pain and mental suffering, emotional trauma, permanent partial disability, disfigurement and scarring. If you are married, your spouse may also bring a claim for loss of consortium.

We Help With Your Motorcycle Accident Claim

Motorcycle accident cases present unique challenges. Unlike truck and automobile insurance policies, motorcycle insurance does not include Personal Injury Protection benefits for operators and their passengers, and many riders are not aware that optional medical payments coverage is available to purchase. This leaves the rider with no coverage other than private health insurance to pay for medical bills.

Attorney Snow is committed to helping people injured in motorcycle accident get the compensation they deserve. Before opening his own practice, Attorney Snow worked for a law firm representing insurance companies in all types of accident claims, including motorcycle collision claims. This experience provides him with insight as to how insurance companies value and defend claims. He understands what you are up against and how to navigate the process.

Attorney Snow regularly consults with liability, medical, vocational and economic experts to prove how the accident occurred, the nature and scope of your injuries and the level of damages to which you’re entitled.

No Fee Unless We Successfully Resolve Your Case

Attorney Snow takes car accident cases on a contingency-fee basis. This means he does not receive a fee unless he successfully secures a settlement, award, or jury verdict on your behalf.  You will not have to pay any upfront costs and will not be charged for out-of-pocket expenses until your case is resolved.

Who is at fault in most motorcycle accidents?

Car and truck drivers, [generally: drivers 80 years old or older, and young inexperienced drivers 20 years old or younger, hence the 80/20 rule] cause most motorcycle accidents. They fail to recognize motorcycles traveling on the roadways. Glare, direct sun, other vehicles, and obstructions contribute to diminished visibility which contribute to causing collisions.

Comparative negligence on the part of an inexperienced motorcycle rider may also contribute to causing an accident.  I witnessed a motorcycle/car accident on Route 28 in Falmouth, Massachusetts from the Mahoney Garden Center parking lot, when an elderly driver pulled out in front of a motorcyclist [from his right side] traveling south on Route 28.  Rather than veering to right [turning toward where the car pulled out from] the motorcyclist veered left and directly into the car’s path of travel and got clobbered. The elderly driver never saw the guy on the motorcycle and was at fault.  Sadly, a savvier rider may have avoided impact.

What do you do in case of a motorcycle accident?

If you are involved in a motorcycle accident:

How often do motorcycle accidents occur in Massachusetts?

What is the most common cause of motorcycle accidents?

Call Today For A Free Consultation

If you, your spouse, significant other, partner or child has been injured in a motorcycle collision on Cape Cod, call the Snow Law Firm today at (508) 477-7100.  Or, if you prefer, complete our contact form and we’ll be in touch to schedule a free consultation.

Attorney Snow has helped hundreds of people injured in motorcycle accidents obtain the maximum compensation necessary to move forward with their lives. He stands ready to help you!